Big hopes for VASSILATOR in the Spring 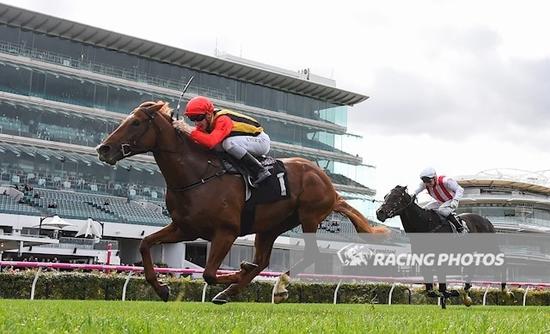 He is the leading light of the Caulfield trainer’s barn with number two and three seeds, Big Sur and No Commitment, sidelined sidelined through injury.

Little is aiming Vassilator at the Caulfield Guineas and the three-year-old takes another step on that path in Saturday’s Danehill Stakes at Flemington.

Vassilator is unbeaten in two previous Flemington outings, both over 1400m, scoring at $101 on April 25 before repeating the dose, as second favourite, on May 19.

It’s a different story on Saturday over 1200m with Vassilator rated a $19 chance, but Little said Saturday’s race fitted the program.

“Like a lot of horses he’s on a path to the Caulfield Guineas but I don’t feel the need to grind him out to 1600 metres,” Little said.

“I’m giving him another 1200-metre run as he’s a staying horse that I want to keep a little fresh.

“He’ll have two 1200-metre runs, possibly a 1400-metre run in the Guineas Prelude on his way to the Guineas if he turns out to be good enough, but I would think 1600 metres will be his minimum distance.”

Vassilator resumed at Caulfield on September 1, finishing seventh to Native Soldier in the McNeil Stakes after being beaten for early speed.

Little is expecting the same on Saturday but as long as Vassilator is finishing off, he’ll be happy.

As to how far Vassilator progresses into the spring after the Caulfield Guineas, Little is unsure.

“The Guineas is still a month away so I wouldn’t like to say where he’ll going after that,” Little said.

“But he’s quite a strong horse, seems to like stable life and is still quite fresh and bouncing.”