Kazio gets his first metro win 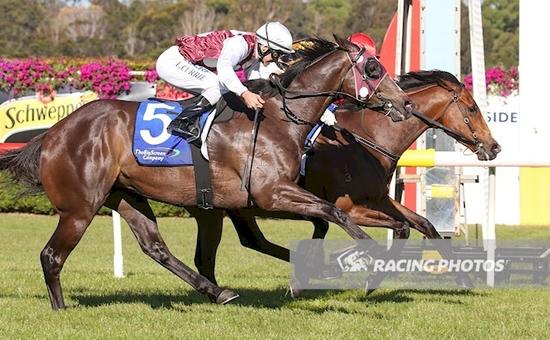 Kazio gets his first metro win at Sandown today. Well placed by Colin in a Benchmark 70, he is usually slow from the barriers but this time he broke with the field and rather than stay wide jockey Noel Callow took him to the lead which proved to be a winning decision. He was taken on by the favourite at the top of the straight, they broke away from the rest of the field and under strong riding he proved too hard to run down. Kazio is the half brother of last start winner Peko both being by Winslet whom has proven a great mare for the stable. He is owned by a long standing Lord Lodge supporter so hopefully Peko and Kazio are on target for a few more wins over the summer. Watch his win here