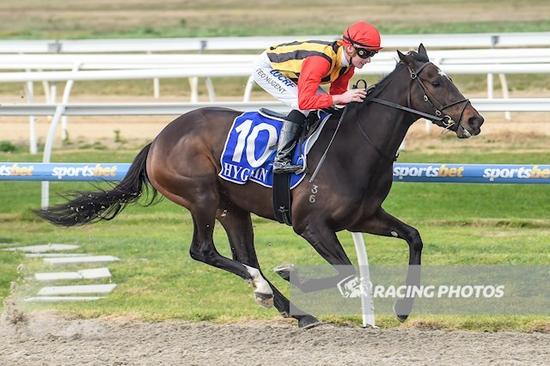 Vegas Knight ($2.30 favourite) was much quicker than his rivals over 1600 metres, winning his maiden by six lengths after leading throughout and well ridden by top apprentice Teodore Nugent. Trainer Colin Little said "We've always had a good opinion of the horse. He got back in a 1400-metre race the other day (at Pakenham Synthetic on July 7), got his head up, got into traffic and couldn't go forward," Little lamented.

"It was a bit the same way his previous run (on debut) when it was a bit short for him at Sandown. So we said, 'Bugger this, we're going forward'."

Little believes Vegas Knight, a two-year-old gelding by Declaration Of War, could furnish into a 2400-metre horse as an autumn three-year-old.