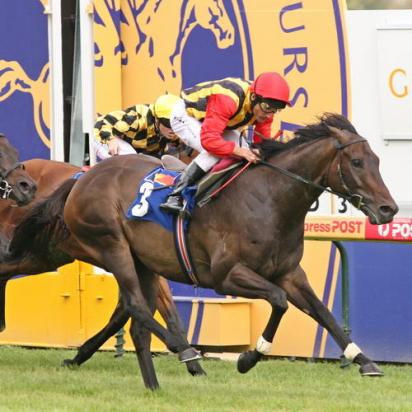 After a year away from the track, 2007 Cox Plate winner El Segundo has made an early start to his autumn preparation with his return to Colin Little's Caulfield stables.

El Segundo suffered a leg injury in the leadup to the Carlyon Stakes in January and only returned to stable life nine days ago.

He underwent stem cell surgery regeneration treatment on a superficial digital flexor tendon which was followed by a lengthy rehabilitation.

At this early stage Little is again aiming him at the Group Two Carlyon Stakes (1200m) at Moonee Valley which he won last year.

With Maldivian capturing headlines with his dramatic Cox Plate victory, El Segundo has been largely forgotten.

"He's very fresh and well and the leg is looking good.

"We've done everything we can with him. He's had two lots of two months exercising in a water walker.

"He's probably in three weeks too early, but we've got plenty of time to prepare him.

"He doesn't look like an old horse. He's bright and happy and strong.

"He's lightly raced for his age and hasn't had any gut-busters so hopefully he'll come back."

El Segundo has raced 26 times for 12 wins including four Group Ones, and been placed seven times earning prizemoney of more than $3.7 million.

As well as winning last year's Cox Plate, El Segundo was beaten just a nose by Fields Of Omagh the previous year.

His other Group One victories are the 2005 Caulfield Stakes, the 2006 Underwood Stakes and the 2007 Orr Stakes.