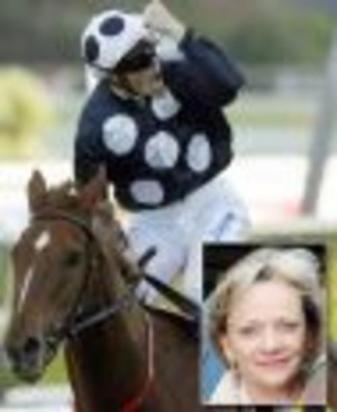 IN his moment of triumph after winning the Sydney Cup on Ista Kareem, jockey Craig Williams' first thoughts were not of personal glory but for trainer Colin Little's ill wife, Jackie.

"I'd like to dedicate this win to Jackie,'' Williams said. "She has been sick for two years and everyone's thoughts are with her. This one's for you, Jackie.''

Little is one of racing's most respected and popular trainers and he carried himself at Randwick yesterday knowing his cancer-stricken wife was ill in Melbourne.

Understandably, Little preferred not to talk about such a personal matter, but was happy to discuss at length Ista Kareem's tough win in the Group I $700,000 Schweppes Sydney Cup (3200m).

Ista Kareem brought off a huge plunge, firming into $6.50 favouritism and won by three-quarters of a length from Divine Rebel ($9.50) with Mr Tipsy ($7) a length away third.

Little is most famous as the trainer of 2007 Cox Plate winner El Segundo, but he's no stranger to big-race success in Sydney, having prepared Blutigeroo to win the 2007 The BMW. The Caulfield trainer said it had never been in his plans to run Ista Kareem in the Sydney Cup.

"I only made the decision when the owner told me to,'' Little said. ``He was not even in this race a month ago.''

Little said a change of riding tactics with Ista Kareem has led to the stayer's form surge. "We used to always ride him up close to the speed and we found he wasn't quite finishing his races off,'' Little said.

"So we decided to ride him back in the field and it's proved the way to go with him. He's really hitting the line and never been racing better.''

Ista Kareem is an eight-year-old gelding and became the oldest Sydney Cup winner since Kingfisher, a nine-year-old, who scored way back in 1877. "He had conditions to suit today, a soft track which he loves and mild temperatures,'' Little said.