One El Of A Birthday Present 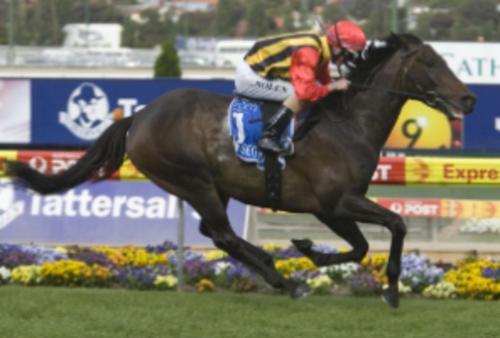 Jockey Michelle Payne might not get a better birthday present for the rest of her life.

With regular rider Luke Nolen suspended on Monday morning for 20 meetings after causing interference which led to Noel Callow falling from his mount at Sandown Hillside last Wednesday, Payne got the nod this morning to ride El Segundo in this Saturday's $500,000 Group 1 Turnbull Stakes (2000m) at Flemington.

"We had a lot of jockeys on the phone by Saturday night and Sunday morning with the likely hood of Luke (Nolen) being suspended and we felt we had to make a decision last night or today and it was an easy one," Little told Sport 927.

"Michelle has ridden El Segundo and she actually won his maiden on him. "She is always helping me out riding work, so it was not really a terribly hard decision to make, and it's her birthday.
"She wanted a birthday present," Little quipped.

That maiden victory at Cranbourne, in March 2005, is the only time Payne has ridden El Segundo in race conditions.
She has trialled the champion galloper at Cranbourne on two other occasions, the latest of those in January, earlier this year.

El Segundo is yet to win a race since the 2007 Cox Plate (2040m), however put in an encouraging performance at Moonee Valley in the Feehan Stakes (1600m) last start.

In other news regarding this Saturday's Turnbull Stakes, Shane Scriven will ride Scenic Shot while Red Ruler will be ridden by Danny Nikolic once again.

Meanwhile Anthony Cummings will be looking for another Group 1 victory this weekend as Red Lord will be partnered by Glen Boss.