Drinks all round at Sale. 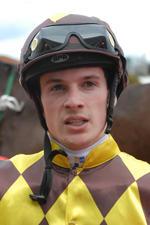 At his first start Phantom Brew was slow away and really hit the line hard finishing his race off powerfully over the short course of 1200m.

Stepping up to 1400m this afternoon, Phantom Brew raced a lot handier to the lead settling in fifth position and was always in control of the race running away to win with something in hand.

Little has always had a good opinion of Phantom Brew and the horse looks to have a bright future ahead of him.

Phantom Brew was ridden by Ben Knobel who has ridden the horse at both his outings.

Congratulations to all of the connections of Phantom Brew, headed up by Chris Fox and partners.