Little and Stackhouse team up with Kafil at Sale 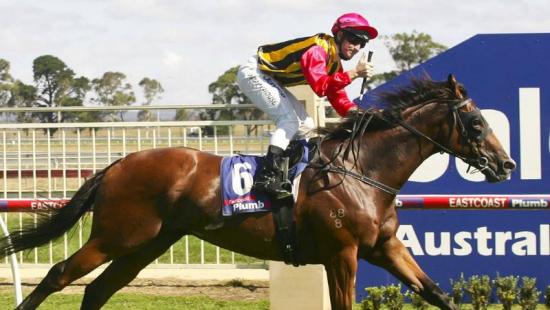 Kafil was the last of five winners Stackhouse rode at the meeting to complete the best day of the young Kiwi rider’s short career.

Stackhouse had ridden Kafil in his work at Caulfield leading up to the Sale event with the gelding’s work leaving him confident of his chances.

“I did a few gallops on the horse so I knew how fit he was and how well he was going,” Stackhouse said.

The son of Stratum jumped well but Stackhouse settled him midfield while a tearaway leader ensured a hectic tempo for most of the event.

Stackhouse sent Kafil forward from the 600 metres. The talented galloper improved quickly to be three lengths off the tiring front runners as the field entered the straight.

Kafil took control of the event at the 200 metres before he strode to the line under moderate pressure from Stackhouse to score a dominant three-length win.

Stackhouse said the strong gallop helped Kafil’s cause but he was always confident his mount would prove too good for his opposition in the final stages of the $15,000 race.

“I just rode him like he was the best horse in the race,” Stackhouse said. “They went very hard in front, which helped.

“He hit the line without stargazing too much. The blinkers have definitely switched him on.”