Text'n Hurley adds another metro win to her career 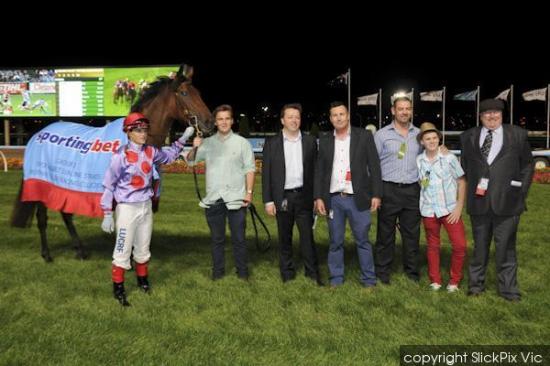 Text’n Hurley opened another avenue to her opportunities with a tough win in a benchmark 90 event for the girls – her first start beyond 1600m.

The Colin Little-trained four-year-old wobbled around the turn and drifted out slightly in the first half of the straight, which prompted a protest from  Josh Cartwright, rider of runner-up Crucial, but Text’n Hurley’s ability to edge away late aided Craig Williams’ plea that she should keep the race.

It was a deserved victory for the daughter of Hard Spun, who was a luckless second at Caulfield at her previous outing.

While a return to the Saturday stage in her hometown beckons, Little is now likely to look at South Australia’s program for some suitable 2000m races over the upcoming Adelaide carnival for Text’n Hurley, who is part-owned by South Australians.