Gutsy Phantom Brew back to best at Flemington 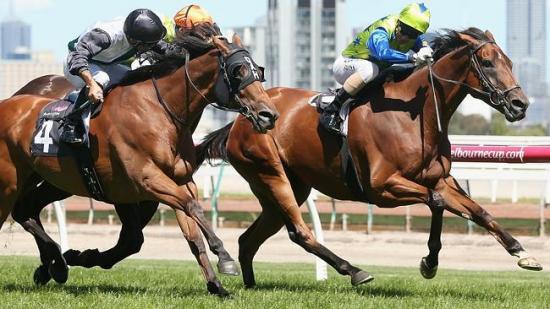 Phantom Brew showed the fighting qualities that got him back from a bowed tendon during his gutsy win in the Western Health Cup (2000m) at Flemington.

The injury is one of the reasons the seven-year-old has only had 26 starts but Phantom Brew has always displayed ability while his attitude made him one of trainer Colin Little’s stable favourites.

“He’s a lovely quiet horse around the stable, he weighs 600 kilos and he’s returned from a bowed tendon and so far it is holding together but with those things it’s just hold your breath all the time,” Little said.

Jockey Glen Boss had never ridden Phantom Brew before partnering the gelding in the $80,000 contest but he handled the powerful stayer perfectly.

Phantom Brew’s rivals had the length of the straight to run him down but he refused to yield despite a strong challenge from the runner-up Extra Zero.

"That's the way you have got to ride one-paced stayers. You have to get them out there and get their motor running and get the clean air running through their pipes.

"He gave me a nice kick. Even though the margin was short, he didn't feel like he was going to get beat. He was finding a little bit every time they got near him. It was a good effort."

Congratulations to Phantom Brew’s owners and all involved with getting the popular galloper back to the winner’s stall.