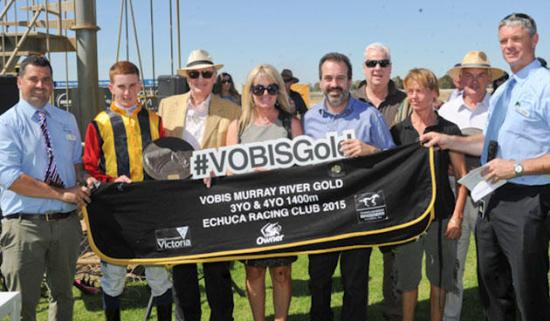 Colin has taken his runners to Morphetville, Echuca, Flemington, Benalla and Sale in the past 9 days for 2 wins and 2 placings and the usual honest race by Phantom Brew.

Award for Most exciting finish goes to 2yo runner Uncanny Effort (Reward for Effort) as he headed to Adelaide to run in the $100k 1200m Magic Millions Adelaide 2YO Classic. Starting at odds of $31 and racing in blinkers for the first time, he looked the winner as he sustained a strong run down the straight only to run third by the slimmest of margins, just .15 of a length and .02 sec. from winning. There were 4 horses across the track in the photo finish, a great effort and thrill for his owners. Click on link to view http://www.theracessa.com.au/show_video.php?track=30072&date=2015-03-09&race=2&trial=no

Only the day before, Soosa Rama travelled to Echuca and ran in the 1400m VOBIS Murray River Gold. She won easily collecting $64,000 for her owners. She looks very fit and back to her best now.

On Saturday Phantom Brew headed to Flemington to try for his winning hat trick but the extra 4.5kg took its toll. He ran his usual gallant race finishing 6th and only 1.9l from the winner.

On March 1 Lord Lodge had two runners. 3yo Millau (Nom de Jeu) headed east to Sale, he had a change of gear (blinkers for the first time) and won well in a maiden over 1400m at only his third start, paying a handsome $38 for those lucky to back him.

On the same day maiden 3yo Unalaska ventured north to Benalla for his second run this prep. He was runner up for the third time in his short career but his time to win is not far away.

Keep an eye out for Colin Little's team at Lord Lodge as they are in winning form. He even has a few opportunities available in his personally chosen ready to race 2yo's and yearlings.