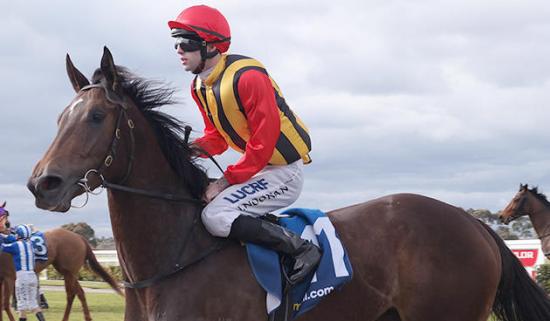 Colin took four runners to Geelong today with the 2 first starters, Colerne (winner) and Fiano giving a super run, finishing fast for 5th after never being on the track. Well ridden by Jake Noonan, it was a great win by Colerne fighting  back after being challenged by the favourite, then holding on to win by a neck. At 16.2hh she is a big filly and has had her problems but always shown ability, as Colin is known for his patience, he has taken his time to get her right. He has even entered her for the Thousand Guineas so he has high hopes for her and with today's win, let's hope she can get there. Fiano needs it longer but what a run, never on the track and ran home well. http://www.racing.com/form/2015-08-04/geelong-synthetic/race/3/results

Race 5 saw the other two Lord Lodge runners, Unalaska (first up) drew wide and stayed there, battling on in the straight to run fourth and just get beaten by his stablemate Absolutelycertain (3rd). Now that was the run of the day, trailing the field until the turn, her jockey Jake Noonan, set her off on the outside and from the 200m she came home like a steam train to finish third, just half a length from the winner. Watch out for her next time when she gets over more ground.

All up a great day for Lord Lodge, with a winner and some nice runs. Colin has the team running on all cylinders at the moment especially his 3yo fillies, Jalan Jalan, Safariann and now Colerne. He certainly has a good eye when buying them at the sales.