Below are profiles of our staff at Lord Lodge. 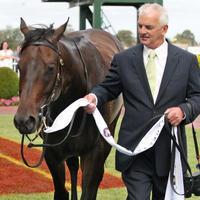 Colin Little is a committee member of the Australian Trainers Association (ATA) and is actively involved in all issues effecting the Australian racing industry. He is highly regarded by his peers as a man of the utmost integrity and a 'fair player'. 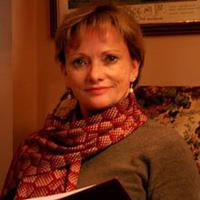 Jacquie was born in Mt Isa and is the daughter of legendary NT drover 'Territory Jack' Britt. Horses have always been an 'in the gene's' thing with her. She grew up on a large cattle station (1,100square miles) in the Gulf of Carpentaria where they had 25,000 head of cattle, 700 horses, 2 thoroughbred stallions and 1 Clydesdale stallion.

Her fascination with pedigree's began with the station stud books, which were so meticulously maintained by her father.

"Dad knew every horse on the place and he could narrate it's lineage right back to the foundation mare. His memory was amazing. Dad bred tough sound horses that could one week be out mustering a herd of 5,000 cattle and a couple of weeks later, be lining up for the races at Georgetown, Forsyth and Einasleigh. Believe it or not all of these horses were grass fed!"

After spending three years overseas Jacquie returned to Australia and headed south in search of new adventures. The first thing a racing nut does when he/she settles into a new city is to go looking for the local racetrack.

She was introduced to Colin by the late Shirley Anderson (secretary to the late Stanley Leighton) and the rest is history.

''The best part about this business is that I can wander out of the back door any time of the day or night and can pat or cajole a horse. I have been blessed."

Jacquie's passing was a great loss and we miss her terribly! 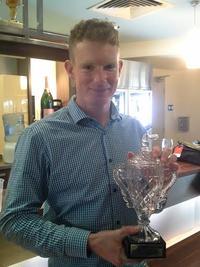 Matthew began at Lord Lodge at the age of 14, coming in on weekends while he was at school. After completing high school he began working full time with us before heading off to Europe for two years working for trainers including David Elsworth (Newmarket).

After soaking up all England and Ireland had to offer Matthew went on to backpack around Europe before heading back to Australia to continue work in the racing industry while continuing his study in a financial planning degree. He then went on another working excursion, this time in New Zealand, working for successful trainer Lance Noble (Matamata). There he focused his attention to experiencing the different training methods and ideas from the succesful NZ training fraternity while also taking time out to see the many stud farms in the Matamata/Cambridge area.

On returning to Australia Matthew joined the Lord Lodge team again to take up the role of Assistant Trainer and brings with him a wealth of knowledge in the industry from Australia and around the world. Matthew is a valuable asset to the team and we look forward to a successful future with him.